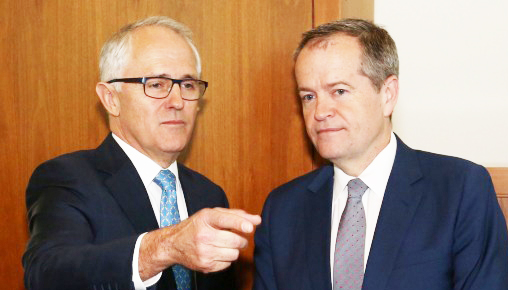 Canberra, July 11: Australia’s Prime Minister Malcolm Turnbull has on Monday returned to capital Canberra to decide on his cabinet ministers for the 45th Parliament, after he secured victory in the 2016 federal election.

However, before Turnbull can be sworn into Parliament, he must decide on which ministers will take up cabinet positions, after three cabinet members were not re-elected at the election.

Turnbull said there would likely be “many new and younger faces” in the new-look coalition government, to be decided on over the next week.

“Regrettably, several ministers have not been returned and so there will be some changes,” Turnbull said on Monday.

Also prior to the swearing in ceremony, Turnbull must negotiate a new coalition deal with Nationals leader Barnaby Joyce. The Nationals are expected to be in a better bargaining position for cabinet positions after they secured a higher than expected percentage of seats in the lower house at the election.

It is expected that Liberal and National MPs will meet in Canberra on July 18, and will be sworn in once Governer-General Peter Cosgrove returns from an official visit to France next week.

Debate has continued to rage over the future prospect of implementing an online or electronic voting system for future election; counting continues in five seats which are determined too close to call.

Prime Minister Turnbull said he has been “an advocate of electronic voting for a long time”, while Labour Leader Bill Shorten said it is unacceptable to not have a clear result in the election eight days after voters went to the polls.

“We’re a grown up democracy – it shouldn’t be taking eight days to find out who won and who lost,” Shorten said over the weekend.

“We can’t afford to let Australia drift for eight days after an election.”