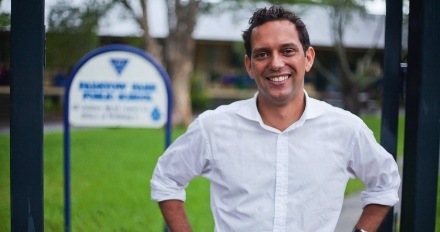 Melbourne, June 20: To many Australians of Indian descent and observers of politics, the Election 2016 is an interesting battle on many fronts while being so long as to lose its charm for many mainstream voters.

“I just switch it off …they (politicians) just carry on with their verbal diarrhea…” told a listener to the ABC local radio host in a talk back while many others willingly participate day in and day out, making their contribution to the political debate – which is generally ‘completely’ managed by the media managers of our leaders with dexterity and finesse.

For observing Australians of Indian descent (Australian Indians), this election is the one – although with far fewer candidates (of their own) in the election fray, which has a real chance of an Australian Indian making it into the parliament – through House of Representatives.

The battle of Batman, poses interesting challenge for Alex – who has been contesting the seat since 2001 and has been vanquished each time with high profile ALP candidates with the likes of Martin Ferguson (a very reputed minister in the Labor government for many years before he retired) and now by David Feeney, allegedly one of the architects – as ‘faceless man’ in the leadership spills which dogged the ALP throughout their incumbency in government while in power in Canberra.

In 2013 election the ALP with David Feeney as its candidate and Alex Bhathal as the Australian Greens Candidate faired as below:

Many keen observers of Batman believe, factoring in the rise and rise in the Green’s vote this time around, Alex will surmount the margin and go off to Canberra as the MHR carrying her proud Indian heritage with her.

Yet looking closely at the candidates of Indian descent in the fray, Chris Gambian perhaps has, a more real opportunity to make it to Canberra. Chris’s mum and dad migrated from South India in the mid 1970s and moved to Mortdale, New South Wales; he was born a year later.

Chris is contesting the seat of Banks, NSW as the ALP candidate. The seat of Banks has always been an ALP seat since 1949 and was only lost to the Liberals at the last, 2013 election.

“I worked at BP in Riverwood while I was at Uni, but I’ve spent most of my working life speaking up for other people as a trade union official with the bank workers union.  I’m passionate about ensuring that every person can have a strong voice in the halls of power — whether that’s fighting to keep your job, standing up to a bully or making sure government hears you”, says Chris.

Chris is married and has a 3 year old daughter Milly. His family and friends are quietly optimistic.

The 2013 election produced a result which the ALP did not expect. Its stalwart, Darryl Melham lost the Labor heartland to Liberal’s David Coleman – with swing away from Labor of 3.28%. Many observers saw that as a price the ALP paid for its in-fighting and its prime ministers going for a ‘marry-go-round musical chair race’ in Canberra.

And thus, after re-distribution, the Liberals are notionally holding the seat with a margin of only 2.6%.

As political commenters believe, for Bill Shorten to win government, he has to win 21 seats with at least 6 in NSW and the seat of Banks should be in that swag of seats.

With Banks, having been Labor held territory since 1949, if it returns back to the ALP this time, Chris Gambian will be the first full blooded Australian Indian MHR sitting in Canberra, representing the electorate of Banks, NSW.

Other two candidates of Indian descent – are Mohit Kumar and Shashi Bhatia.

Mohit Kumar is the Liberal party candidate for the seat of Chifley, NSW). This division has always been a home for the ALP since JL Armitage won it in 1969. It has remained with the ALP ever since. In 2013, sitting member Ed Husic won it with a margin of 17,361.

Shashi Bhatia is the ALP candidate for the seat of Gippsland, Victoria. The seat of Gippsland has been a stronghold of Nationals for more than 50 (fifty) years and Shashi has a margins of 28,013 (2013 election) to beat. The Nationals vote in 2013 was 65.84% while the ALP could only muster 34.16%.

(Dinesh Malhotra is the founding editor of Bharat Times)