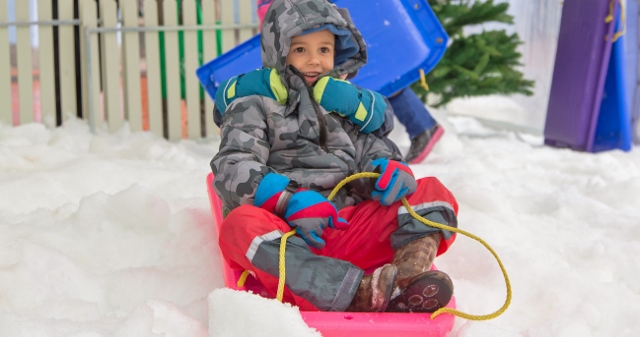 Alpine destinations host a snow play and sled dog experience in Melbourne’s east, a week out from official season opening on Saturday, 11 June

Grey skies created a winter feel as four tonnes of real snow was dumped in the centre and a herd of “Howling Huskies” were on standby for cuddles. Adults and children alike flocked to the site, eager to throw their first snow ball and have their photo taken with the adorable dogs.

CEO of the Lake Mountain and Mount Baw Resort Management Boards, Phil Nunn said the launch offered a fantastic taste of what’s to come during the winter season.

“With snow already falling in both destinations and the mountains officially opening this Saturday, we were delighted to give residents of Melbourne’s eastern suburbs a small taste of winter over the weekend.”

“Lake Mountain and Mount Baw Baw are proud to offer the closest snow experiences to Melbourne and we can’t wait to welcome our first guests for the 2016 winter over the Queen’s Birthday Long Weekend,” Mr Nunn said.

Mount Baw Baw will mark the official start of the winter season with a family friendly festival in the village square on Saturday evening 11 June from 6pm, including a fireworks display, live music, a BBQ, family friendly competitions and a countdown to the official season opening – all at the chilly heights of 1460m.

Not into skiing or snowboarding?

The Mt Baw Baw summit at 1564m offers an exhilarating view of valley and the distant mountain peaks.

The festivities continue at Lake Mountain, which will officially open the brand new “Burton Riglet Park,” the closest park of its kind to any Australian capital city. Designed to introduce 3-6 year olds to snowboarding in a safe and a controlled environment, the Burton Riglet Park uses natural features designed to aid in the development of balance and board movement.

The resort offers a first-rate team of instructors that can guide children and adults of all ability levels through anything from the basics all the way to refining racing skills – for the winter wonderland’s alpine season, with a network nearly 40 kilometres of well-marked and worldclass cross country ski trails, exhilarating toboggan slopes, snowshoe trails, and the wildly fun and popular Flying Fox and tube run.