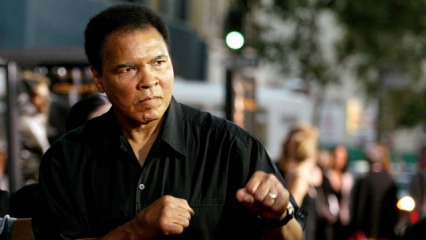 Ali’s struggles with Parkinson’s disease for more than three decades may have made him more vulnerable, experts say.

The boxing legend’s death Friday followed five days in the hospital, where he had initially been treated for a respiratory infection and gradually worsened, news reports say.

While Parkinson’s disease itself is not fatal, the disease can make its sufferers more prone to other killer ailments, including pneumonia, falls, or septic shock, the culmination of sepsis, a galloping blood infection.

More than 258,000 Americans die from sepsis each year and it leaves thousands of survivors with life-changing aftereffects, according to the Centers for Disease Control and Prevention. Sepsis is the ninth leading cause of disease-related death, and the most common cause of deaths in hospitalized patients in the U.S.

Sepsis can be set off by almost any type of infection – a bug bite, blister or sinus infection – and quickly worsen. As it does so, it can impact the blood flow to vital organs, causing the brain, heart and kidneys to become impaired, and become life threatening.

Generally, sepsis is viewed as a three-stage progression, which ranges from sepsis to serious sepsis to septic shock. Sepsis requires immediate treatment early, because the goal is to treat it before it worsens and becomes dangerous.

The symptoms of sepsis include fever, rapid heartbeat, and a high respiratory rate. In severe sepsis, patients show signs of organ failure, and a diagnosis of septic shock signals a plunge in blood pressure.

Although anyone of any age can acquire sepsis, people who are older, or who are already very sick, and are in the intensive care unit, for instance, or those who have invasive devices, like breathing tubes or intravenous catheters, are more susceptible.

Organ failure and amputation are some of the most serious effects of sepsis, but studies have also shown that it can also cause cognitive problems, especially in older people, and possibly lead to dementia.

Another problem is that the incidence of sepsis is growing, due in part to the aging population, as well as growing resistance to antibiotics, which – along with intravenous fluid replacement – are the only weapons against it.

There is research underway. For example, researchers at the Icahn School of Medicine at Mount Sinai are experimenting with tiny doses of a cancer drug that they hope could kill the immune response that leads to sepsis.

The CDC recommends taking these steps to protect against sepsis: