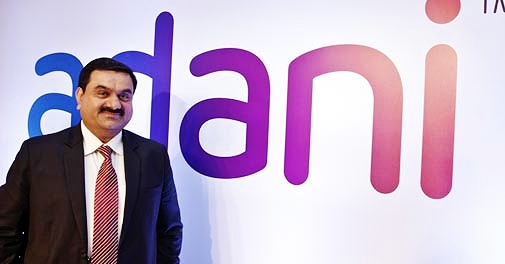 Melbourne, June 6: Indian conglomerate Adani Enterprise may walk away from its proposal to build one of the world’s biggest coal mines in Australia, citing long delays caused by legal challenges to the project by groups concerned about the environment.

Adani is battling multiple legal challenges from green groups opposed to its $10-billion Carmichael mine, rail and port project.

The Australian on Saturday reported that the company’s founder and chairman, Gautam Adani had told the newspaper the company may abandon the project because of long delays due to legal challenges.

“You can’t continue just holding. I have been really disappointed that things have got too delayed,” Adani told The Australian.

Australia’s Queensland state government in April gave Adani permission to mine coal reserves estimated at 11 billion tonnes and to build roads, workshops, power lines and pipelines associated with the mine.

Environmentalists, however, are still fighting the approval on numerous fronts, including lobbying banks not to provide loans. They cite potential damage from port dredging, shipping and climate change stoked by coal from the mine.

Environmental groups in late April asked the Supreme Court of Queensland to review the state government’s environmental approval of the mine.

With coal prices stuck near nine-year lows and demand growth uncertain as governments have committed to curb carbon emissions, analysts have said lenders will be reluctant to back Adani’s mega coal project.

But industry analyst says Adani is “highly unlikely” to walk away from its $16 billion Carmichael coal project, but it could be postponed until global coal prices recovered.

Minelife senior analyst Gavin Wendt told SMH, Adani had gone too far down the path of establishing Australia’s biggest coal mine, to abandon it now.

Earlier, this year, other analysts also said it would be fruitless for Adani to proceed with Carmichael Mine until coal prices improved.

It is suggested that given India’s consumption of energy and its exponential growth, the Carmichael project would have been based on very long-term investment perspectives related to a energy strategy of India’s requirements.

However, Mr Wendt also said it was difficult to see the project going ahead until the global coal price improved by at least $20–$25 per tonne.

But Adani CEO Jeyakumar Janakaraj had rejected suggestions Carmichael Mine will be postponed until coal prices improve.

Last year, as Adani and Commonwealth Bank parted ways, it had already cast doubts on Carmichael coal project’s prospects and a significant victory for environmental groups.

An Adani spokesman said it was “inaccurate” to suggest CBA had walked away, insisting Adani had terminated the mandate.

It had done so “on the basis of its own concerns over ongoing delays to a now five-year long approvals process here in Australia”, he said in a statement.

The Queensland government however, has continued to praise the project, despite growing scepticism in senior ranks that it will proceed.

“We are extremely disappointed that there has been this delay to Adani in the Galilee Basin,” Mines Minister Anthony Lynham said.

Adani, which aims to start building the Carmichael mine in 2017, expects to be able to go ahead eventually as most of the coal is slated to go to its own power stations in India.