Skip to content
You are here
Home > Indian > IIT alumnus, struggling in US as PhD student shoots professor, self 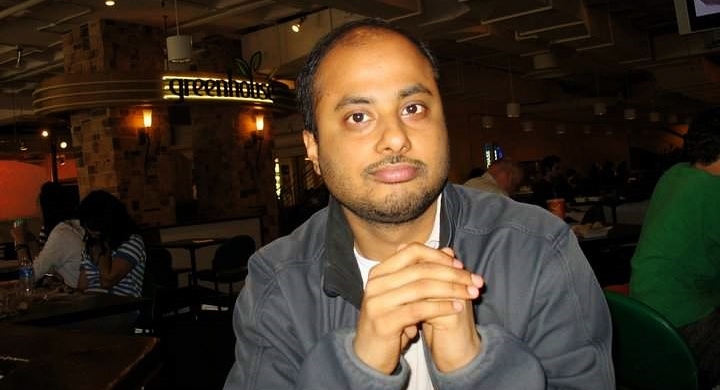 Los Angeles, June 2: A disgruntled Mainak Sarkar, Indian doctoral student who had been working on his thesis for 10 years, has been identified as the killer of his professor at the University of California-Los Angeles on Thursday.

Mainak Sarkar, 38, who was born in India before coming to the US for higher study, shot dead engineering professor William Klug, 39, in his office on the university campus before turning the gun on himself, the Daily Mail quoted the Los Angeles Police Department as saying.

Sarkar appeared to have had a long-running feud with Klug.

Sarkar took his own life after gunning down William Klug, 39, in a small office in UCLA Engineering Building 4, sources confirmed.

Sarkar, a resident of Minnesota, appeared also to have killed a woman in a small town in that state, officials said.

The woman’s name was found on a “kill list” in Sarkar’s residence, Los Angeles police chief Charlie Beck said during an interview. A second UCLA professor’s name was on that list as well, along with Klug’s.

“There is no good reason for this,” Beck said.

Klug was an associate professor of mechanical and aerospace engineering and had been the target of Sarkar’s anger on social media for months. On March 10, Sarkar called the professor a “very sick person” who should not be trusted.

“I am absolutely devastated,” Alan Garfinkel, professor of integrative biology and physiology who worked with Klug to develop a computer-generated virtual heart, was quoted as saying by the Los Angeles Times.

Klug earned his under-graduate degree in engineering physics from Westmont College in 1997, his Master’s in civil engineering at UCLA in 1999 and his Ph.D. in mechanical engineering from California Institute of Technology in 2003.

In a blog post uploaded on March 10 under his name, Sarkar wrote that the professor “stole all my code and gave it another student”. Sarkar branded him a “sick man”.

The post, which was uploaded to a blog called Long Dark Tunnel but has since been deleted, says: “William Klug, UCLA professor is not the kind of person when you think of a professor. He is a very sick person. I urge every new student coming to UCLA to stay away from this guy.”

“My name is Mainak Sarkar. I was this guy’s PhD student. We had personal differences. He cleverly stole all my code and gave it to another student. He made me really sick.”

“Your enemy is your enemy. But your friend can do a lot more harm. Be careful about whom you trust. Stay away from this sick guy,” the blog reads.

However, a source told the LA Times that Sarkar’s claims were “psychotic”, adding that his characterisation of Klug as a thief was “absolutely untrue”.

On the UCLA website, Sarkar was listed as part of the Klug Research Group, a team of six post-doctoral and PhD students researching biomechanics.

The website shows Sarkar has been studying for his PhD since 2006 with no graduating date, two years longer than any of the other researchers.

Before enrolling at UCLA, Sarkar earned a Master’s degree at Stanford University following an under-graduate degree in aerospace engineering at the Indian Institute of Technology in Kharagpur, according to his LinkedIn page.

In the US, he also had a stint as a research assistant at the University of Texas and worked as a software developer.

Around 200 armed police, SWAT officers, FBI agents and firefighters were called to the campus as at least three shots rang out, fired inside the Engineering IV building around 10 a.m. on Wednesday. The bodies of both men alongside a 9mm semi-automatic pistol were later found.

Officers say a piece of evidence, believed to be a suicide note, was found at the scene — but they refused to give any more details.

“We are extremely sad at this senseless loss of life and our hearts go out to the families who lost their loved ones,” Chakrabarti said when asked about the development.