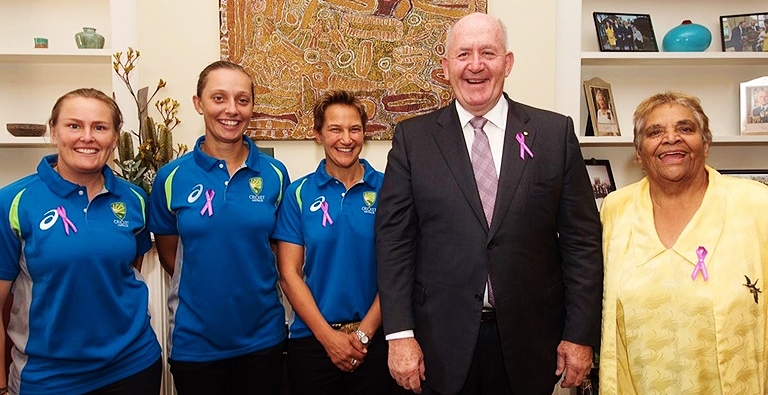 Alice Springs, May 17: Fourteen Indigenous cricketers this week departed for India for a historic 10-day tour of the subcontinent.

The squad of 14 will play a series of matches in Delhi and Mumbai against the Yuvraj Singh Cricket Academy, Delhi women’s team and Mumbai Cricket Association women’s team.

Selected based on performances at club level and at the National Indigenous Cricket Championships – which had a record number of female participants – in February, the tour is the first of its kind.

The tour fittingly comes in the year of the 150th anniversary of the ground-breaking all-Aboriginal cricket team that played its first match at the MCG in 1866, and later became the first Australian sports team to tour overseas when it embarked on a tour of the UK in 1868.

Nineteen-year-old team captain Ash Gardner, who plays for the Sydney Sixers in the Rebel Women’s Big Bash League and is a member of the Commonwealth Bank Shooting Stars squad, said: “A group of Indigenous women from across Australia coming together to play overseas and represent Indigenous culture is significant, and something we’re all really proud to be a part of.

“Each of us is representing our people back home and I’m excited about the opportunity to captain the side. From a cricket perspective, playing in Indian conditions is one of cricket’s biggest challenges; it will be a big test for us and really help our development individually and as a squad.”

The team will combine playing duties with a trip to the iconic Taj Mahal, a visit Australian High Commission in Delhi, and community work with non-government organisation Magic Bus, which uses sport to support disadvantaged children.

The tour of India is supported by the Department of Foreign Affairs and Trade’s Australia-India Council as a program that will build awareness and understanding between Australia and India, in this instance through sport and Indigenous culture.