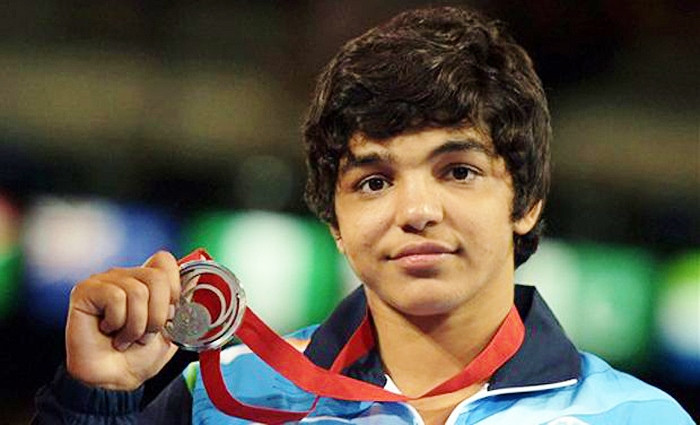 Istanbul, May 8: Mausam Khatri was the only bright spot on a disappointing day for Indian wrestlers as he narrowly missed out on an Olympic berth after going down in a hard-fought semi-final in the men’s 97kg freestyle category at the 2nd World Qualifying Tournament here.

Khatri fell just one step away from ensuring qualification, going down 6-8 to Khuderbulga Dorjkhand of Mongolia in the semi-finals. He will meet Rustam Iskandari of Tajikistan for the bronze medal.

This is the last qualification tournament for the Rio Olympics and only the two finalists make the cut for the Games.

Earlier Khatri started his campaign in superb fashion by overpowering Nikolaos Papaoikonomou of Greece by technical fall (10-0) in the pre-quarterfinals. He then defeated Erik Sven Thiele of Germany 8-4 in the last eight stage to enter the semi-finals.

The other Indians in action on Sunday also met with disappointment with Gopal Kedarnath Yadav (86kg) and Hitender (125kg) going down in their respective categories.

Hitender was outclassed 2-7 by Oleksandr Khotsianivskyi of Ukraine in his opening round bout. He qualified for the repechage rounds after Oleksandr entered the final, where he overpowered Soslan Mairbekovich Gagolev of Slovakia 5-0 to enter the bronze medal play-off.

Yadav, on the hand, lost 4-5 to Armands Zvirbulis of Latvia in a closely contested first round bout.

Female wrestlers Vinesh and Sakshi Malik, who made the Olympic cut on Saturday, are only Indians to ensure qualification in this tournament.

A total of six Indian wrestlers have qualified for the Rio Olympics, including four men and two women, eclipsing the previous tally of five for the London Olympics in 2012.