Skip to content
You are here
Home > Lifestyle > Are new Migrants succumbing to Aussie fast-food culture? 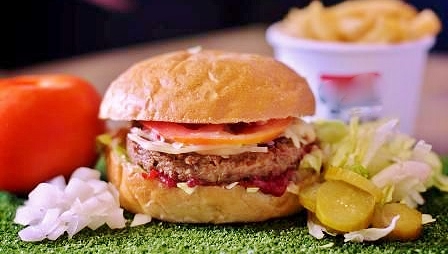 Melbourne, April 28: New migrants to Australia generally eat more healthy diets than the locals, but many are dragged into bad habits by Australia’s fast food culture, new research has found.

The study found new migrants were much more likely to eat together as a family than established Australians and nearly half avoid fast food entirely.

The study found that there are some behavioural disparities between new arrivals and established families with:

Titled: ‘What’s for Dinner? An exploration of changes in eating habits and dietary acculturation among new migrant to Australia’, the survey aimed to find out whether new migrants change their diet and eating habits after arriving in Australia.

While the study showed that new migrants maintained their traditional diet and engaged in eating as a family – protective factors for health and wellbeing, yet, “New migrants… are also influenced by local eating habits” and pressures, Dr Lisa said.

According to AMES, migrants coming into Australia are healthier than the already settled population; but with 51 per cent believing that the cost of fresh food was expensive in Australia, the study questioned the principle of ‘healthy immigrant’.

The study examining perceptions about the cost of food and where migrants shopped for food, factors like relative high cost of fresh food compared to processed food; limited availability of fresh food in some regions, and limited time to prepare fresh food – were revealed.

These have a significant impact upon the type of food choices new migrants make, in the longer span of time. Those who continued eating traditional meals as a family, were more likely to eat healthy and consume fresh vegetables every day.

“…it is concerning that there are significant numbers that consume soft drinks and eat at one of the five major fast food restaurants and least once a week.

“This means that the ‘healthy immigrant’ effect may only last for a short time particularly if they replace traditional foods with energy dense western-style food and move to more sedentary lifestyles”, Dr Lisa said.

Only forty-six per cent of respondents said they continued to walk every day for exercise.

Dr Lisa said that new migrants needed to continue to adhere to healthy eating and exercise for disease prevention and maintaining health and wellbeing.

“Learning what type of foods are available, where they can purchase familiar or traditional foods and how they can prepare food in a similar way to their home country is important for new arrivals,” Dr Lisa said.