Tell the truth and shed the Credlin baggage

Infidelity represents the un-vowed aspiration of a very special kind, which would lead the man to the opposite of his wife, to the ‘’woman of wax’’ whom he could model at will, make and unmake in any way he wished, Marguerite Duras, the French Film maker and author opined. Imagine, this being applied to the relationship of former prime minister Tony Abbott and his chief of staff Peta Credlin.

If the rumours and suggestions are to be believed, particularly in light of Niki Savva’s book The Road to Ruin, Duras’s opinion has been turned upside down by Peta Credlin – at least in the perception of people – who see Tony Abbott as a “man of wax” who she modelled, made and unmade in any way she wished – so much so that she did not let him sack her, rather let his government fall and slip from under his feet.

And him, being a perfect subject of that relationship, is still loyal to it.

But, Tony, although our “man of wax”, has been exhibiting signs of political obstinacy – of still being “delusional” to think his next abode is “the Lodge”.

Why? Perhaps Marcus T Cicero explained it long long time ago saying: “the noblest spirit is most strongly attracted by the love of glory”.

Without exception all Australian pundits have written Tony Abbott off – numerous times, but he would not give up. After all, he is protégé of the great ‘Lazarus’, aka John Howard.

Having observed him since being ‘de-seated’ as the prime minister, I have pondered over his stubbornness and after the slog of weeks and months, I have found a way for him to manage his political ‘come-back’.

Strange? Do not just throw the glass of red you’re sipping Malcolm, you still have some stretch of “this never been better time” to enjoy; the way for the stubborn man of wax – is arduous, long and very unconventional but almost sure, I believe. Remember the tail end of John Howard’s election debate with Paul Keating in 1996 where he begged the Australian people for a chance, saying (words to the effect) ‘I have worked long and hard (in politics) and request the Australians to give (me) a chance’.

Tony has to do the same but twice. Hold on to your cup of coffee tight Billy, you may be the immediate beneficiary of this ‘only chance of Tony ever getting back to the Lodge’.

So, where should Stubborn Tony start?

With the truth of course! That’s what Bible, Quran and Geeta teach us – the truth about his true relationship with his former chief of staff.

Remember what Niki Savva claims; Senator Concetta Fierravanti-Wells went and told him on his face:

“Rightly or wrongly, the perception is that you are sleeping with your Chief of Staff. That’s the perception, and you need to deal with it”.

Absolutely priceless words of wisdom from a colleague, which stubborn Tony just ignored and continues to do so to date.

Brigitte Bardot, French film actress once said, “It is better to be unfaithful than faithful without wanting to be”.

Whatever the true nature of their relationship, Tony Abbott and Peta Credlin both contributed to the perception, which Senator Concetta Fierravanti-Wells manifestly showed guts to take to Tony while others, both friends and foes were busy deciphering in whispers.

I have only met Tony Abbott on three or four occasions and found him to be a decent bloke and have heard stories of him being a friend, who has stood by friends in need.

Peta Credlin was not someone in need, the country and his party was. He placed wrong stock in the wrong matrix and closed his eyes – hoping to see the problem disappear when he opened. Sadly for him, when he opened his eyes, the matrix had changed.

And excruciatingly for him to believe, let alone accept, his chief of staff had been the catalyst of the change of that matrix – she was the one who had alienated most of his colleagues, who – in the end were instrumental in him losing the job.

Poor table top glass was only a collateral casualty!

One can only believe the hurt Peta made him cause to his own colleagues, when he made them buy her flowers and apologise to her, when she was the one who is being accused of hurling the most abuse.

And why would then, they vote for him?

It defies all wisdom and political expediency that he continues to do what he did then – turning a blind eye by ‘not raking the old coal’ or ‘responding to the scurrilous rumours’.

Whether he likes it or not, he has made the mess, and if he wants another tilt at the top job, it is he who will have to clean it up. Why? because in a situation like this – it is the men – who own up, own up to whatever it was.

He owes to the Australian electorate and wife Margie infinitely more than he may owe anything to his chief of staff. 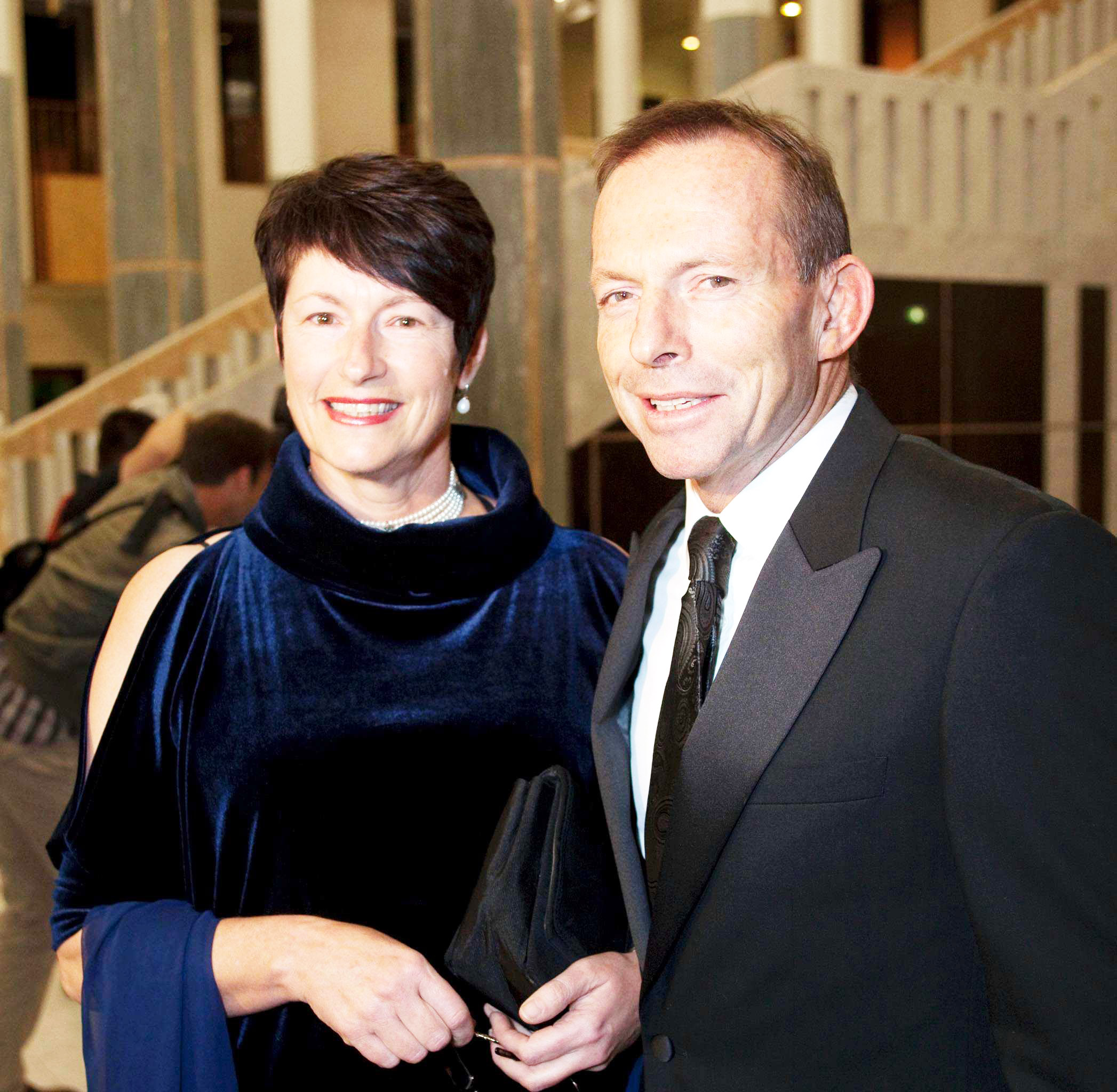 The first step to the Lodge starts with the truth about his relationship with Peta Credlin. If it was not personal and physical, he needs to explain why people and his own colleague thought it was.

And then ask for forgiveness – as I said before ‘twice’ – once forgiveness of his colleagues and then the Australian electorate with Margie by his side – in true John Howardian style – and they will not only forgive Tony, but most likely also give him another chance. The visuals of Tony Abbott and wife Margie picking up a second hand fridge – soon after they were booted out of the Lodge – are very useful and potent items along with stories of their mortgage instalments – which can be utilized to connect the Abbotts with the Australian electorate.

In the process, depends on the timing of it all, he may cause Malcolm Turnbull colossal electoral damage and coronate Billy Shorten as the Prime Minister. And as a desirable consequence of it all, he will install himself at his coveted vantage point of the leader of the Opposition, which is his tried and tested path to the Lodge.

Then in his own Abbott style – truth will save him and his quest for true leadership. And this time, he will not have someone else to claim credit for it. Over to you Tony!

One thought on “the only way for Abbott’s comeback:”