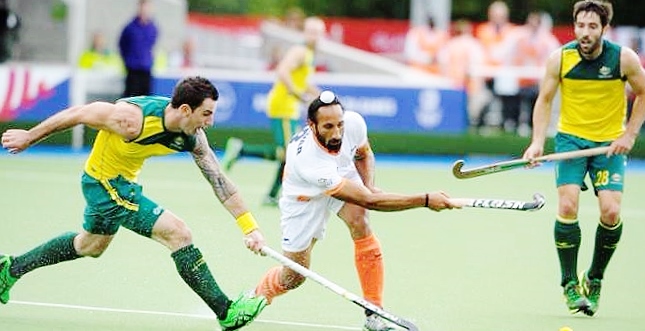 Thomas Craig (25th and 35th minutes) scored twice before Matt Gohdes, playing in his 150th match, scored in the 43rd and 57th minutes as Australia produced a stirring high-pressing game.

It was Australia’s fourth Azlan Shah Cup title in six years, while five-time champions India claimed their second runners-up finish in the annual tournament. India had finished runners-up in the 2008 edition, to Argentina.

Earlier in the bronze medal match, New Zealand defeated Malaysia 5-4 via penalty shoot-out. New Zealand scored twice in the final quarter to equalise 3-3 as the match headed to the shoot-out.

In the final between last year’s silver medallists Australia and 2015 bronze medallists India, the former started strongly, executing their high-pressing game to good effect. They even had their centre-back and captain Mark Knowles going all over the Indian goal to attack.

However, Indian defenders did well to close down the space and didn’t allow any genuine field goal chances in the first quarter.

Australia got their first chance in the ninth minute when Craig’s hit kissed the leg of S.K. Uthappa and they were awarded a penalty corner. Andy Hayward’s drag-flick went inches away, much to the relief of the Indian camp.

Australia continued to attack and Craig ended the deadlock in the 25th minute. After receiving a cross from the left, Craig resisted Jasjit Kular and Danish Mujtaba before moving away to create space and shoot the ball home. It was Craig’s third goal of the tournament.

Till this time, the Indians had hardly threatened the Australian goal and when they mobilised their troops ahead, Australia caught them off-guard, sneaking in in a flash to earn a penalty corner.

However, Blake Govers’ flick was dismissed by the Indian defence and in the counter, they got their first chance. But Mandeep Singh’s deflection off a long square pass was wayward.

Trailing by a goal, India pressed high for the equaliser and managed to earn a penalty corner, executed by Harmanpreet Singh which was blocked by Andrew Charter.

India’s positive mobilisation turned awry when Craig added his second goal in a counter-attack. Australia brilliantly used the wings to create space and Simon Orchard’s pass at the far post was met by a diving Craig, who managed to beat Indian goalkeeper Akash Chitke.

India, on the turn, launched a fierce counter-attack that saw the ball almost being cleared by Chris Ciriello. It earned India a penalty corner but Rupinder Pal Singh’s drag-flick was dismissed by Charter and his army of defence.

India conceded their third goal in the 43rd minute when midfielder Matthew Swann was involved with Chitke and as the Indian goalkeeper and the Australian both fell down, Eddie Ockenden snatched the ball and passed it to Gohdes, who employed a reverse-hand strike to make it 3-0.

Gohdes made it 4-0, thanks to an error from India’s changed goalkeeper Harjot Singh. Gohdes received a diagonal pass on the left to execute another left-hand strike that was half-heartedly defended by Harjot, leading to the fourth goal.

With this goal, Australia began to celebrate the title triumph in front of a nearly packed Azlan Shah stadium.

In the presentation ceremony, Australia’s Blake, who scored four goals, was declared the player of the tournament. Pakistan’s Arslan Muhammad Qadir scored six goals — maximum in the tournament and walked away with the young player of the event award.