These Gentlemen are riding a popularity crescendo after their appearance in Australia’s Got Talent, taking Dicko and Melbourne by a wallet-tempest.

One of the finalists at AGT, the Gentleman of Deceit did not follow “a very poetic struggle” of choosing between “a traditional career path, (and) some crazy artistic pursuit”.

An unusual collective of an English & Drama teacher, a Medical doctor and an Insurance salesman; Alex, Vyom and Luke are the incarnation of a ‘modern deception’. 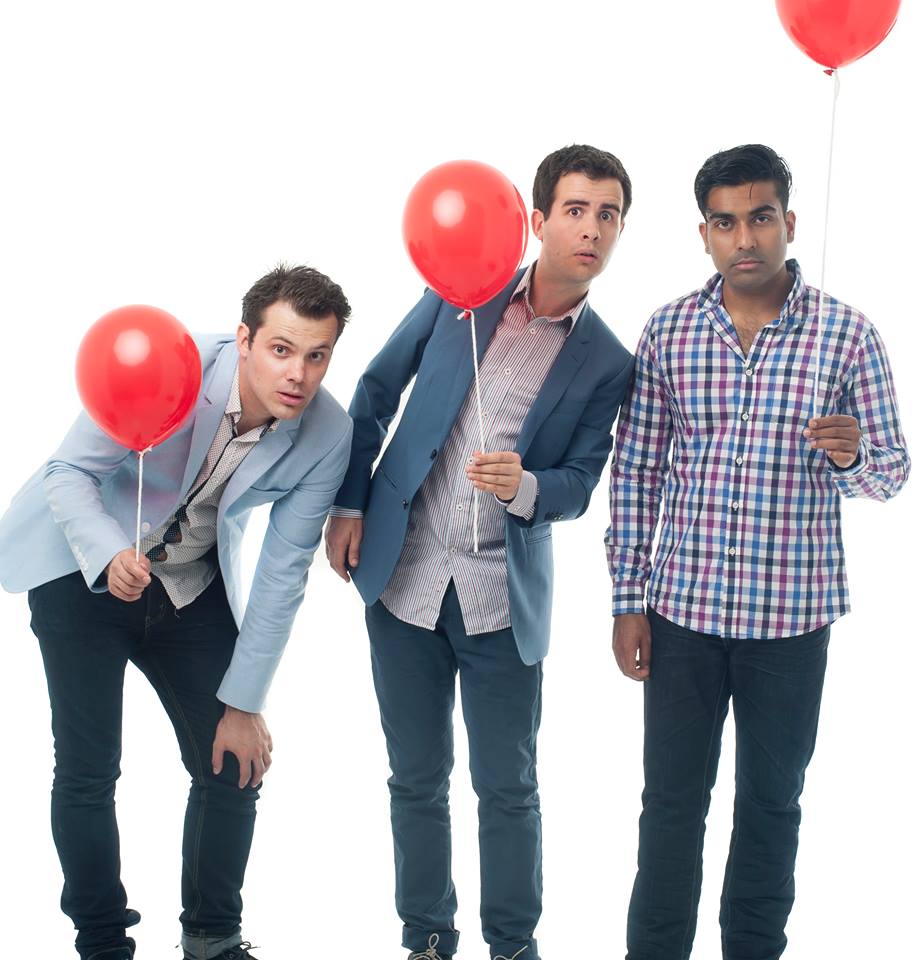 As they were named earlier, the TRIO was first seen together at the Melbourne Comedy Festival in 2011.

Talking to Bharat Times, Vyom, who is of Indian origin, said, “we realised we shared a mutual admiration for magic… as well as a healthy amount of eye-rolling cynicism about… OURSELVES!”

Meeting at a secret magic society, they have never looked back; magic has rolled into their day-work. Vyom does magic at the surgery to calm sick children and both Luke and Alex work as kids’ entertainers.

But is being a medical doctor any similar to MAGIC?

“Both are a mix of science and art… at their highest level, both magic and medicine is highly interactive practices…

“Magic requires a fairly scientific understanding of how people think – specifically how they observe things… it’s all surprisingly scientific!

“Medicine is a performance art too – but a much more truthful one! Much like magic, you have to create rapport somehow. You have to be trustworthy,” explained Vyom.

But would MAGIC ever take precedence over being a doctor…

“It very feasibly could become my livelihood – in fact quite a few friends of mine make a very good living from it.

“But will it? Not permanently. Because… I don’t want it to”.

Vyom believes that it is a false dichotomy impressed upon the young; to either “choose a traditional career path” OR “some crazy artistic pursuit”.

“It’s a very poetic struggle… but if you can do both and the balance makes you happy, then why not? …It’s a personal choice.  There are no rules”.

But that might trigger the ‘Hate Story’ from the girlfriend?

“Lauren HATES it when I tell people she hates magic, because she claims she doesn’t hate magic, which is probably true!

That’s impressive because “I am CONSTANTLY talking about magic with her 25 hours a day”.  Yet, “she is incredibly supportive… she has helped me immensely… including giving harsh but important feedback… It’s hard to imagine a more supportive partner”.

But when Lauren sees Vyom secretly fiddling with cards while pretending to listen to her, then, “for that small moment – she hates something!

For Vyom, Magic is because Family is. Today his magic is supported by Lauren and his introduction to magic was because of his FATHER.

“My father showed me a trick he bought, where a coin vanished from under a matchbox… I remember – the ‘thumb coming off’ trick.

“Magic triggered my interest as a child, even though I only properly took it up as a hobby at age 17.”

What did it take to look like a PRO…

“Even now, things don’t look PRO when they are new…  in magic, anything can go wrong… no matter how experienced you are!

“mark of a pro (is), how well you handle on-stage failures”.

Vyom’s audience is his Editor-in-Chief.

“After the first performance of a new performance, I get a pretty good idea of what the audience liked and didn’t like…  the audience’s reaction in real time”, is Vyom’s final script – and that makes him look like a PRO.

“Really, I don’t know. There are a few projects… there are some ever more ambitious goals that I can’t confidently speak out publicly yet.

“I don’t know”, is Vyom’s most used phrase.  “I use it a lot because, most of the time, I really don’t know. This shouldn’t be surprising I guess because most people don’t know”, about everything.

“I think you get used to knowing, that you ‘don’t know’ pretty quickly as a practising doctor.  Don’t get me wrong, I do know a fair bit of medicine”.

But that medicine is a complex field, upgrading and enhancing everyday; is not lost on very talented, multi-faceted yet very modest Vyom.

Vyom takes Medicine and MAGIC very seriously… he just is too modest to take himself seriously.

The TRIO at AGT http://www.9jumpin.com.au/show/australias-got-talent/2016/profiles/bios/gentlemen-of-deceit/