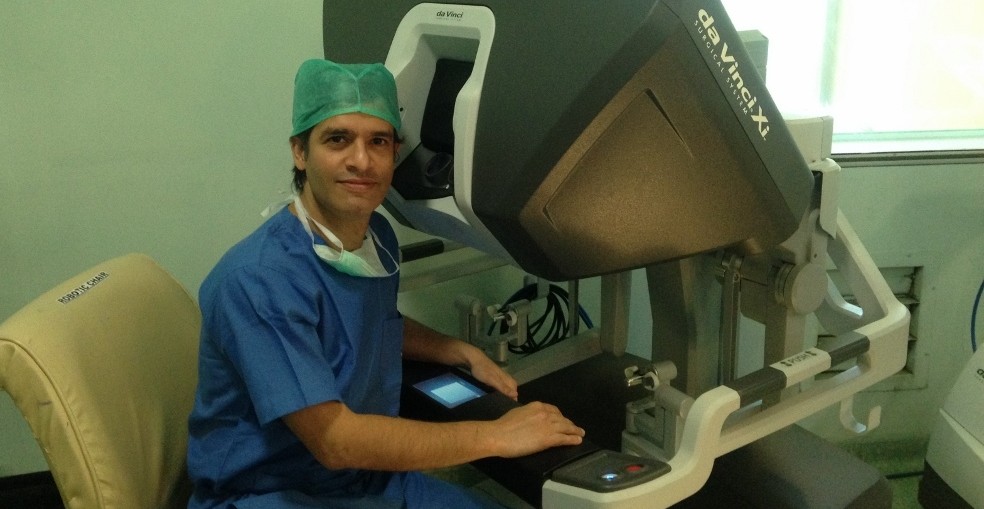 New Delhi: Multi-disciplinary robotic surgery has proved its efficacy in India in just five years and it is now time for the government to step in to ensure that it benefits the masses, say top robotic surgeons.

The intervention is needed so that more people can opt for robot-assisted surgeries to treat various medical conditions — including cancer. Such surgeries involve minimal blood loss, quick recovery, shorter hospital stay and a faster return to normal life.

“The Centre and state governments must provide robotic surgery units at premier institutions like the All India Institute of Medical Sciences (AIIMS), PGIs and 200 medical colleges across the country so that the benefits reach the needy,” says Dr Mahendra Bhandari, CEO, Vattikuti Foundation, a US-based non-profit promoting robotic surgeries across the world, including India.

Two more robotic machines are on their way and will be installed this month – one each in the west and south.

In 2015, nearly 190 robotic surgeons in India performed over 4,000 procedures in the areas of urology, gynaecology, thoracic, paediatric, general surgery, head and neck and bariatric (weight-loss) surgeries.

“The government has the responsibility to ensure treatment to people who can’t afford private health care. I do believe that two-fifths of Indians below the poverty line can’t be deprived of medical attention for long,” Dr Bhandari, who spent nearly four decades practising cutting-edge medicine in some of the best-run government institutions in India, told IANS.

The Vattikuti Foundation is behind the Vattikuti Urology Institute at Henry Ford Hospital in Detroit where Dr Bhandari is working as director, robotic research and education.

“Compared to laparoscopic procedures where there are longer hospital stays and over a month-long rest period, those undergoing robotic surgeries are back home in two-three days and return to normal activities within three weeks,” says Dr Arun Prasad, robotic surgeon (institute of robotic surgery) at Indraprastha Apollo Hospitals.

“The surgical robot with four arms can reach organs and areas where human fingers can’t. The three-dimensional (3D) view that can be magnified multi-fold helps the surgeons achieve precision that is hard to match,” informs Dr Bhandari.

The greatest impact has been in cancer surgery; it is now possible to remove tumours from almost any organ in the abdomen or chest with great precision and accuracy while saving normal and healthy tissues.

“Patients recover much faster, have significantly less pain and have decreased chances of developing complications as compared to conventional surgery. Dearth of adequately trained and experienced robotic surgeons is a limitation which we have to strive to overcome,” says Dr Gagan Gautam, head of urologic oncology and robotic surgery at Max Cancer Centre in Saket.

Dr Gautam has performed over 500 robotic procedures since 2011. From 2009 to 2011, he pursued a two-year clinical fellowship in robotic urological cancer surgery at the University of Chicago.

Dr Tarun Mittal, laparoscopic and obesity surgeon at Sir Gangaram Hospital, firmly believes robot-assisted surgeries will only increase in the next three to five years. But it will require government intervention.

“The government should make an effort to create awareness among the masses, laying emphasis on the success rates of such surgeries. They can make these robot-assisted surgeries as part of the ‘Make in India’ project, making it cost-effective by providing subsidies so that it reaches the common man,” Dr Mittal told IANS.

“Moreover, it should reduce the duties on imported robotic consumables. This will greatly reduce the cost of the procedures,” Dr Gogoi told IANS.