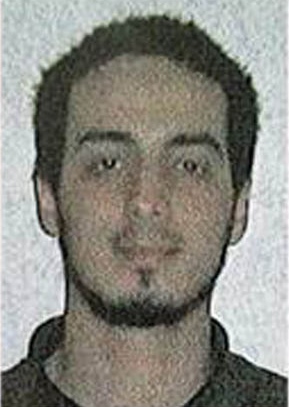 Brussels, March 24: The second suicide bomber in Brussels airport terror attacks has been identified as Najim Laachraoui, a man wanted by police

Laachraoui, a suspected accomplice of Salah Abdeslam, had been the subject of a police appeal for information since Monday after his DNA was found at two properties in Belgium believed to have been used as hideouts after the November 13 attacks in Paris, Xinhua reported.

Belgian newspaper Le Soir reports that Laachraoui blew himself up at Brussels airport on Tuesday, at the same time as Ibrahim El Bakraoui, who was formally identified as one of the bombers by Belgium’s federal prosecutor earlier on Wednesday.

A third person suspected of being involved in the Brussels airport bombing remains unidentified and is still on the run.

Belgium’s federal prosecutor Frederic Van Leeuw said on Wednesday that the third man, who was wearing a white jacket and black hat at the time of the attack, ran away from the scene. He had been carrying the biggest bomb of the three which did not explode.

At least 34 people were killed and 261 injured in explosions on Tuesday at the Brussels airport and on a city subway train close to the European Union institutions, according to the latest figures from the Belgian federal prosecutor.